New analysis by The Australia Institute’s Revenue Watch initiative shows the company tax cut would represent a $39.5 billion gift to the big four banks over the first decade of the cut.

Furthermore, new polling also released today shows a majority of voters (61%) think the Senate should block the company tax cuts for large companies, including 68% of One Nation Voters.

“The company tax cuts are economically unsound and will result in less revenue being available for community services and productivity enhancing public infrastructure,” said Ben Oquist, Executive Director of The Australia Institute.

“Everyday Australians would be appalled to know that the annual company tax gift to the big four banks equates to 39,214 teachers, 43,522 nurses or 32,499 police officers.

“Our research has consistently shown there is no correlation between lower company tax rates, employment, or economic growth. Despite repeated claims to the contrary , the economics of the proposed company tax cut policy does not stack up.

“It’s clear that the community are looking for good service delivery and the revenue to fund it, not a tax cut giveaway to big business and especially not $39.5 billion to the big banks.

“Now is not the time to compete with Donald Trump on a global race to the bottom on company tax rates that ultimately leaves all countries worse off.” 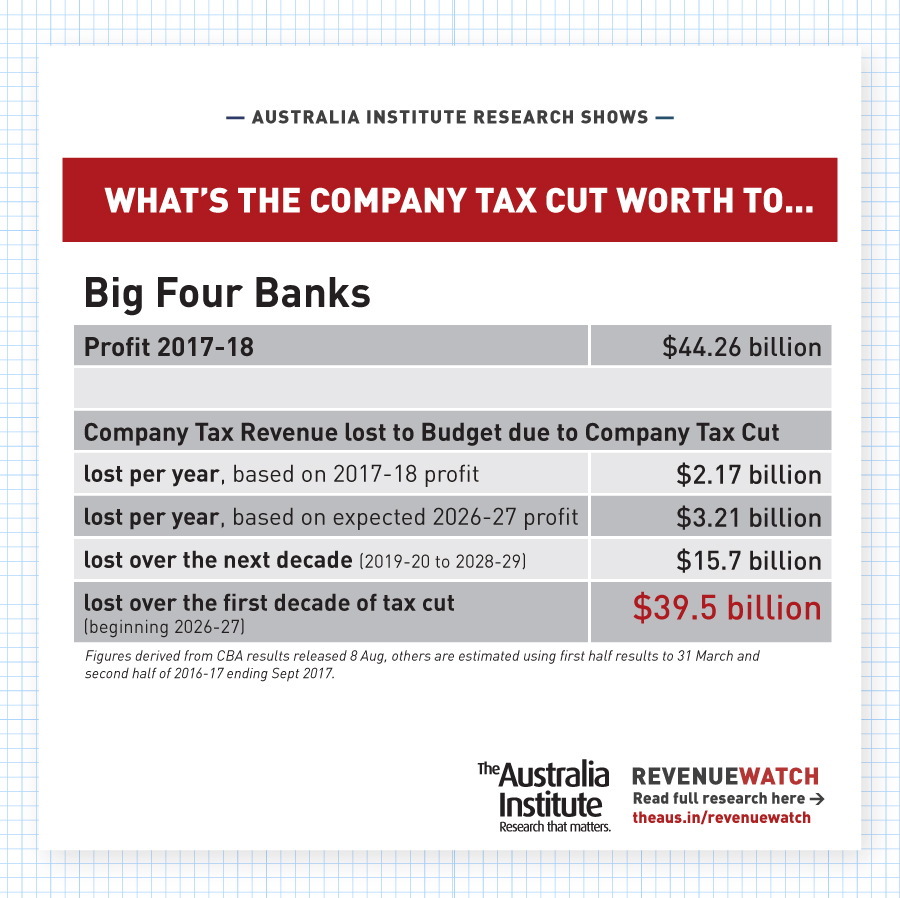