A majority of voters in Longman and Mayo oppose privatisation of the ABC. The Australia Institute commissioned a poll of 727 Longman and 736 Mayo residents conducted by ReachTEL on June 21st.

Results:
+ A majority of respondents in Mayo (74%) and Longman (58.7%) oppose selling off the ABC in Australia’s capital cities
+ Opposition to privatisation was highest among 51-65 year olds in both electorates, at 69.2% in Longman and 81% Mayo

Question: The Liberal Party's federal council passed a motion that called for “The full privatisation of the Australian Broadcasting Corporation (ABC), except for services into regional areas that are not commercially viable.” Do you support or oppose selling off the ABC in Sydney, Melbourne, Brisbane, Canberra, Adelaide, Perth and Hobart? 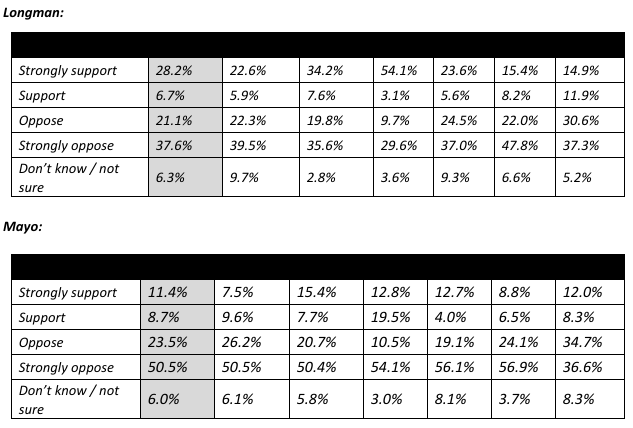 "This research shows that a majority of voters in Longman and Mayo support the ABC and confirms that privatisation is not only a bad idea, it is deeply unpopular,” said Ebony Bennett, Deputy Director of the Australia Institute.

“The ABC is consistently rated the most trusted news source among Australians of all ages and political inclinations.

“These results affirm the ABC as a trusted, independent and necessary national broadcaster.”